Back in 1991, Bangladesh was used to with pop , folk , etc kind of music . A very small amount of people used to listen to hard rock and heavy music which was in English . Back in those days, even musicians could not think of doing some rock music. Suddenly there came out a different sound, such as high pitched vocals, fast guitars with distortion, blood pumping drum bits, and thought full lyrics with new type of tunes. That was nothing but the first album of warfaze. Listeners ran up to shops to check out this unique sound and it got deep in their hearts soon. Thus mass people knew the bengali sound of hard rock and heavy metal. Warfaze was actually formed back in 1984 , Kamal, Mir, Helal, Naimul and Bappy started a line up and after a very short time Tipu joined the band as drummer and band leader. They started the journey to do some real good hard rock and heavy metal music in bangladesh. It seemed successful when the first album came out in 1991 with the line up of: Vocals-Sunjay , guitars- Kamal , keyboard/guitars-Russel, bass-Babna ,drums -Tipu. After the first album , Kamal and Russel left for their studies abroad , it was very much tuff to keep the band alive when half of the members are abroad. Though Tipu Sticked to the band and kept contact with the members ,when Kamal or Russel came for vacation, Tipu held the recording sessions , this way they finished he second album- OBAK BHALOBASHA ,which was a big hit. Then again, problems showed up. Russel had to leave for usa for good after releasing second album. Fuad joined the band and started working for the third album ”jibondhara”. It came out in 1997 and smashed out to be a big hit. But once again Babna had to leave the band and move to the United States. Replacing Babna, Sumon joined the band on bass , Jewel on guitars and vocals. Warfaze released the fourth album-OSHAMAJIK in 1998 , as warfazes tradition, it also came out to be a hit. Then came out the biggest problem to face , Sunjay -lead vocal had to leave for his personal problems . It was a really tuff job to find out the replacement of sunjay , The band stood still for 2 years and in 2000 the found out Mizan for lead vocals . In the same time Balam joined the band as guitarist and second vocalist, Shams on keyboards , Biju took the bass, and Kamal and Tipu stood still on guitars and drums. They released their 5th album-ALO ,this album also went out a hit . After the album alo, Kamal was unable to maintain the band for his family and business problems , in this situation Sazzad joined the band full time in guitars. Warfaze did lot of shows in that line up. But again in 2002 february , the bassist biju had to leave for canada. Cezan from artcell joined in and still warfaze did a lot of shows with the line up. Then in the middle of 2002 , it seemed warfaze got a bad luck in vocals , Mizan left the band for his business and solo carriere, Balam the 2nd vocalist came out to be the main vocalist as he was very much sufficient for the job. By that time Kamal rejoined the band again. And warfaze started recording of their 6th album which was named ”MOHARAJ”.This album was released on june 2003 with the line up of: Balam:lead vocals,guitars Kamal : guitars Sazzad: guitars, vocals Shams: keyboards Cezan : bass Tipu :Drums and percussion and bandleader Monty : Band management and photography No doubt warfaze fought for music and will always and this was proved again when Cezan left the band due to be in too much pressure playing in two bands-Artcell and Warfaze and also for his studies.Shagor took the bass for a short time but then Roger(Metal-Maze)joined in warfaze to continue the traditional bass. One thing must be mentioned that Tipu deserves a big credit to hold warfaze still loud and proud. 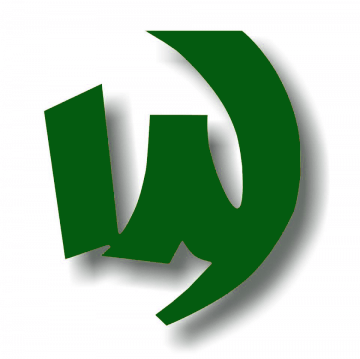