Parthibo is a Bangladeshi pop rock group from Rajshahi, formed in 1995 under the name of IGNEOUS. At that time the band members were Rumon (guitar and vocals), Shubho (drums), Tito (keyboards), with others were the first members of that band. The band was a major hit in the city of Rajshahi, frequently doing live shows in and around the city. 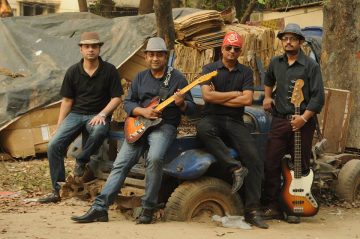